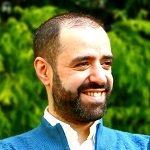 Pocket SnapIt is a free program for .NET Compact Framework devices (such as Windows Mobile 2003 smartphones and PocketPCs) and PCs. Its main function is taking screenshots (full-screen or of a fixed region of the screen). It has also many options and features to automate capturing and make it easier and quick.

Some of its functions are:

In addition, Pocket SnapIt is also intended to help developpers for .NetCF development. It contains usefulclasses such as File Explorer, API callsetc. Finally, it’s an example of cross-platform programs. It customizes itself automatically for different platforms (PCs, Pocket PCs 2003, Smartphones 2003, in one executable file). 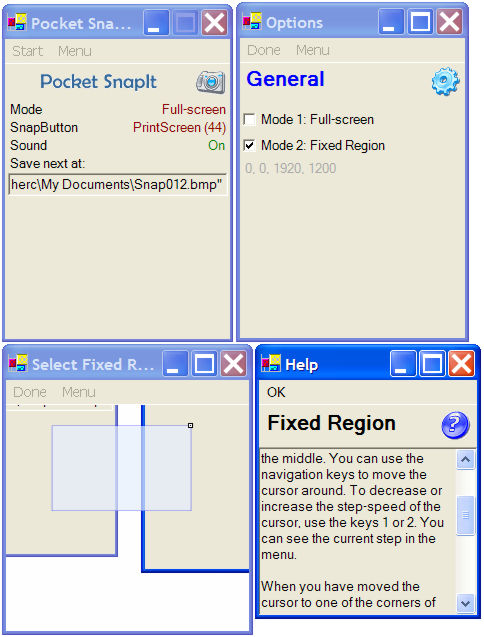 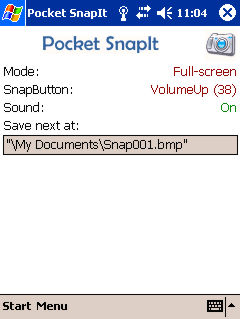 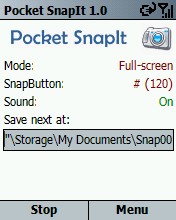 One of the following platforms supporting Microsoft’s .NET Compact Framework:

You can download any of the following packages. The universal package contains both the executable and the source (visual basic .net) form of the program but is rather difficult to be installed. The other three packages are setups for each device and are much easier to be installed (they do not contain the source). Also, be sure to read the ReadMe and the license (GNU GPL) of the program.